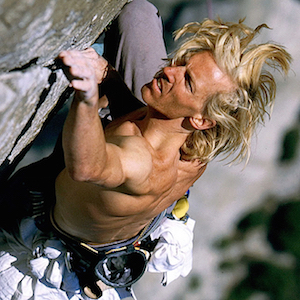 In addition to his climbing accolades, Hans Florine is the co-author of Speed Climbing, and has contributed to three other books, as well as written articles for Rock and Ice, Climbing, and Master’s Athlete. He produced the multi-media series How to Climb the Nose, which sold more than 2,000 copies. Hans served as executive director of the American Sport Climbers Federation from 1992 to 1996, and is currently an Ambassador for The Access Fund, as well as manager and shareholder at Touchstone Climbing & Fitness, the largest climbing gym chain in the country.

Hans is a professional motivational speaker, delivering keynotes at trade shows, conferences, and college auditoriums worldwide, from local rotary club meetings to Fortune 500 events. He lives in the San Francisco Bay Area with his wife and two children.